Los Angeles-based artist Dorian Wood is "armed with a vocal charisma that would befit a preacher and an experimental streak that would make avant-gardists swoon" (WNYC Culture). A wunderkind with a headstrong DIY discipline, Dorian has brought his emotionally-charged performances to concert halls, museums, music venues and performance spaces throughout the US, Mexico and Europe, with a voice that channels the skill and ferocity of such auteurs as Scott Walker, Nina Simone, Nick Cave and Tom Waits.

Born in Echo Park, California, Dorian began his musical education at a very early age, continuing his studies at Conservatorio de Castella in Costa Rica, and eventually making his way back to Los Angeles, where he first gained exposure performing on the queer bar circuit. His debut album, BOLKA, received wide critical acclaim for its impeccable merging of folk, soul, Bulgarian choral music and experimental music. His follow-up EP, Black Pig Suite, featured members of the L.A. experimental orchestra Killsonic, of which Dorian was a principal collaborator and performer for 3 years.

In 2010, Dorian received critical praise for his performance and "picture perfect" art direction (Los Angeles Times) in the Killsonic opera, Tongues Bloody Tongues, presented at the REDCAT in Los Angeles. Dorian performed at the REDCAT again in 2011 in the opera Zoophilic Follies, along with Timur and The Dime Museum. 2010 also saw the release of the album Brutus, which featured only Dorian on vocal and piano, and was recorded live at St. Giles-in-the-Fields, a church in London, in the midst of his European tour. 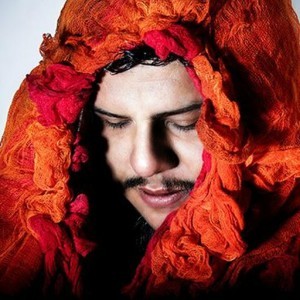