Jason August Mann is a pretty crappy neurosurgeon; a damn fine Mexican/American songwriter; a multi- instrumentalist and singer; producer; dog-trainer-to-the-stars and general ne’er-do-well born and living in Los Angeles. Avoiding labels, he has spent his musical career as a chameleon, drawing on an eclectic set of influences, including pop, shlock, post-punk, latin, new wave, indie, funk, etc. His songwriting is influenced by his remarkable life story, combining beauty with ugliness, humor with heartbreak.

From co-leading near-mythical punk/funk/free jazz band El Grupo Sexo in the ‘80s, to assembling and recording punk-rock-super-consortium Los FUBARs (with the help of fellow Red Queen artist, Paul Roessler), to currently fronting “New wave prog rock weirdos” PENDEJOS OF DOOM (with members of 45 Grave, Egrets on Ergot, Supreme Beings of Leisure), whose new EP “The New World (six true stories)” has garnered much attention, Mann has shared stages with Minutemen, Red Hot Chili Peppers, No Doubt, Social Distortion, The Jesus and Mary Chain and many others.

Mental illness, drug addiction and physical disability are all part of Mann’s story, but he refuses to let that define who he is. He has been clean & sober for years and is very open about his struggles with Bipolar Disorder and other challenges and hopes to promote awareness and reduce the stigma of mental health issues. 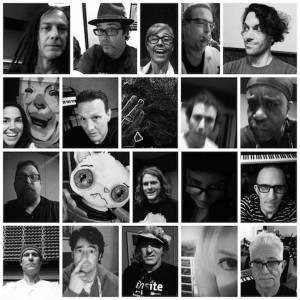 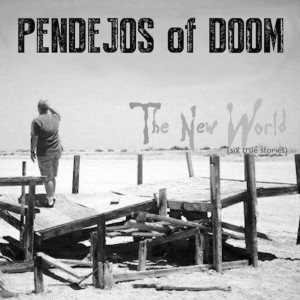