Berlin electronic avant-gardists HYENAZ have evolved a cult status for their immersive live shows, for which they were dubbed a "performative monster duo" by electro superstar Peaches for The Guardian and one of "Best Live Acts in Berlin" by Kaltblut magazine. HYENAZ is comprised of the queer performance artists and producers Mad Kate and TUSK.

As movers, HYENAZ are inspired by improvisational practices such as butoh, working with the impulses that come from within the body and interacting with their audiences towards personal/political transformation.

Transgressor Magazine described the band as "creatures of ritual, frequently pursuing a path to creative freedom by following seemingly prescribed actions...resulting in soundscapes, choreographies, and appearnaces that are at once refined and rough." 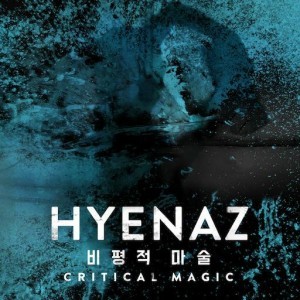