Kristin Chambers is a prolific singer-songwriter and recording artist who is among the Pacific Northwest's premier live performers. Often described as a “Chameleon” songstress, Kristin’s original creations shift seamlessly from genre to genre; bluesy ballads, folksy anthems, to spirited pop songs. Despite this somehow Kristin’s writing, and voice remain focused in a style that is uniquely her own - unpretentious, soulful, relatable, always hopeful, and instantly recognizable.

Her most recent album Snow Globe won the Akademia Award for BEST HOLIDAY ALBUM-2015, describing it as a 'mesmeric collection of Christmas songs... the perfect gift for the holiday season” ... ” enchanting” and “exquisite.'

Her first album, Kristin Chambers, released in 2010, established her as a real presence in the music world with over 100,000 downloads. This was followed in 2012 by her self-produced EP albumEndless Road. In 2014, Kristin released her most ambitious, mature work yet, Everything Woman, where she  teamed up with some of Seattle's finest musicians including Jeff Fielder, Keith Lowe, Hans Teuber, Steve Moore, and Eric Eagle (also her producer). 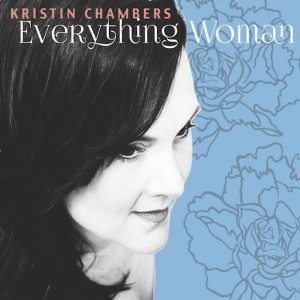